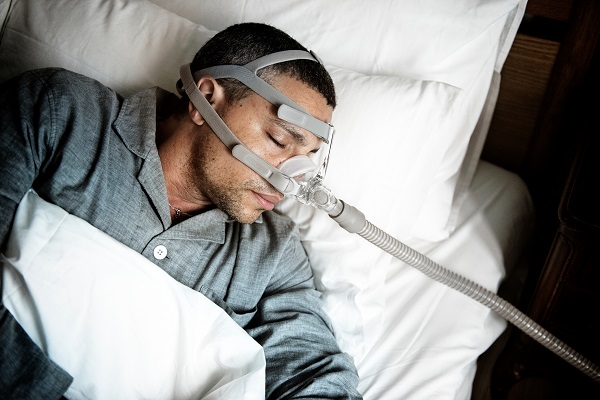 Obstructive sleep apnea is a disorder many people suffer from. Essentially, it is when breathing stops while sleeping. While this is considered a serious medical condition, the consequences of having sleep apnea usually do not pose a health risk. However, sometimes it can be dangerous, so you should always speak to your doctor upon noticing the symptoms. Surprisingly, many people who suffer from this condition do not even realize it.

What is sleep apnea?

Obstructive sleep apnea occurs when the muscles in the throat relax while someone is sleeping, which causes the airway to close. This is also one of the main causes of snoring, although obstructive sleep apnea is more severe. When someone suffers from this condition, the back and the throat and the soft palate pinch together, which closes the airway and prevents air from passing into the lungs through the mouth or the nose.

It is natural for the body to relax while sleeping, but some muscles are not supposed to do so. The muscles in the back of the throat create the support structure in the airway, and if these muscles relax too much, sleep apnea occurs. When this happens, the brain will usually recognize the lack of air and wake the sleeper up, which corrects the blocked airway. It is common not to remember waking up.

Because the condition only manifests when sleeping, it is possible to have sleep apnea and not even realize it. It is easier to recognize when sleeping with a partner or with someone else in the room. Another person may notice the symptoms when the sleeper cannot. In particular, sleep apnea usually causes loud snoring, which can be disruptive for other people trying to sleep. There are other symptoms, some of which may occur while awake:

If you may suffer from this condition, it is important to speak with a doctor immediately. Suffocation is not a risk, but sleep apnea can cause spikes in blood pressure, which can create life-threatening problems. Additionally, it can make it dangerous to receive sedation for any surgeries.

The most common solutions involve using a device while sleeping. This may take the form of a mouthguard or a more complicated electrical device. It may be possible to receive surgery to correct sleep apnea, too.

People who suspect they may have sleep apnea should speak to a medical professional. Seeking treatment for this condition is important for one's overall health and well-being.

Check out what others are saying about our dental services on Yelp: Sleep Apnea in El Dorado Hills, CA.

What Devices Do Dentists Recommend for Sleep Apnea?

Sleep apnea is a serious condition that many people suffer from. As modern medicine has evolved, there are now more options for treating it. Consulting with a dentist regarding sleep apnea …

What Can Happen If Sleep Apnea Is Not Treated?

Sleep apnea is a sleeping disorder that causes an involuntary cessation of breathing while you are asleep. The disorder also makes you feel tired even after a full night’s rest. There are three main types …

Testing for Sleep Apnea and Other Sleep Disorders

A large number of the world's population suffer from a condition known as sleep apnea.  In fact, it is so common that many physicians are able to diagnose obstructive sleep apnea using either an in-lab …

What Happens if I Don't Treat My Sleep Apnea?

A diagnosis of sleep apnea can be frightening or frustrating to patients, many of whom may need to make lifestyle changes in diet, exercise and environment to reverse the sleep disorder. In the face of …

Your health and safety are the main priority of Dr. Dexter and his team. We want you to feel assured that, when you come into our office, we have done everything to minimize your risk of exposure to the Coronavirus or any other communicable illnesses. In addition to our standard precautions infection control practices, our team will be implementing the following additional measures and screening procedures to ensure your health and safety:

For procedures that produce aerosol we have outfitted one of our rooms with isolation fans to remove any aerosol from the room and a door has been installed to prevent aerosol from this room contaminating the rest of the office. Unfortunately, this room is a bit small and we apologize for the cramped conditions. Additionally, we will use additional isolation devices to minimize the amount of saliva that can be aerosolized in this room.

We would like to thank you for your understanding during these unusual times and express our gratitude for your continued confidence.